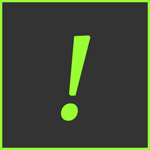 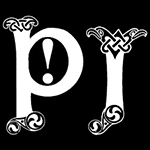 The drugs to execute criminals cost hundreds of thousands of US-Dollars. This is a lot of money!

Internal California prison agency records suggest the state might have to pay hundreds of thousands of US-Dollars to buy execution drugs for lethal injection, according to documents released by a civil liberties group.

Public records obtained by the American Civil Liberties Union (ACLU) of Northern California, show that prison officials were busy in 2014 trying to find suppliers of execution drugs, which many manufacturers have refused to sell to authorities for the purpose of lethal injection.

At the time, court rulings had blocked executions, and the state planned to propose a new single-drug execution method. The last execution in California took place ten years ago.

An email, received in May 2014, obtained in the public records by the ACLU said a compounding pharmacy agreed to provide Pentobarbital, one of four proposed execution drugs, at an initial cost of 500,000,– US-Dollars – and only if the company’s name was not released to the public.

Another email said the state had found a different source for buying Pentobarbital. That email noted that 18 inmates had exhausted their appeals and about 324 grams of the drug would be required to execute them all.

The email said the costs would raise up to 1,109,– US-Dollars for 500 milligrams in addition to fees to cover “service costs” and pay for lawyers.

“This is likely a one-time window to acquire this drug because of pharmaceutical anti-death penalty activity,” wrote Kelly L. McClease, identified as an attorney in the legal division of the California Department of Corrections and Rehabilitation.

There was no indication that the state purchased the drug, which would have cost about 718,632,– US-Dollars for 18 executions, in addition to the unspecified fees. The email said the drug had a shelf life of 24 months.

A Department of Corrections and Rehabilitation spokeswoman said she could not comment on the documents because of “ongoing litigation.” The protocol may be challenged in court if approved by the state.

California unveiled a new single-drug execution method last November. The ACLU sued the state to obtain internal records about how the new method was chosen. Public comment on the proposed lethal injection protocol, which was supposed to end in January, has been extended to July this year.

Ana Zamora, who is criminal justice policy director for the ACLU chapter, said the emails about the drug costs contradicted statements in the department’s proposed lethal injection regulatory package. It estimated the drugs would cost about 4,193,– US-Dollars for each execution, based on what the state spent during past executions.

Zamora said the documents suggest that drugs for a single execution could cost between 133,080,– US-Dollars and 150,000,– US-Dollars.

The president and CEO of the pro-death penalty Criminal Justice Legal Foundation, Michael Rushford, said the corrections department could obtain the drugs at even less than 4,000,– US-Dollars for each execution, if it used prison compounding pharmacies to make them.

The question is whether death penalty is still justified. In times of ailing state budgets, the US national debt amounts currently over 19 trillion US-Dollars. That is 60,060, –– US–Dollars per capita! Instead of discussing which drug kills people at best conditions, one should think about how to reform the health system. After ObamaCare there is still a lot to do. In fact: The responsibility for one´s own health is not enough. You also have to have the money!